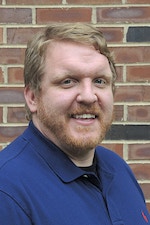 Dr. Philip Mulvey is an associate professor in the department of Criminal Justice Sciences. His academic focus is on exploring the experiences of disenfranchised individuals across the life course. Historically he has done this by conducting research with individuals who are in the mental health and criminal justice systems - essentially investigating how the systems of beneficent social control (mental health) and coercive social control (criminal justice) shape and execute policies for offenders with mental illness. His academic endeavors have evolved to consider policies for other marginalized populations too (e.g. the homeless, veterans, families of incarceration and youth sentenced to life without parole). He also works with multiple specialty courts around the state of Illinois for specialty populations. His academic work appears in journals such as Justice Quarterly, Crime & Delinquency, Punishment & Society, and Criminal Justice & Behavior. Before entering academia, Phil was the project manager at the Health Disparities and Public Policy program for over five years at Northwestern University. The program's primary focus was the Northwestern Juvenile Project - the first large-scale longitudinal study of mental health needs and outcomes of delinquent youth in the United States.

499.009Independent Research For The Master's Thesis

My areas of research interest generally include the interface of mental illness and deviance, justice policy and benevolent/coercive social control.